The transaction must be signed by a set of keys sufficient to satisfy the accumulated set of explicit actor:permission pairs specified in all the actions enclosed within the transaction. This linkage is done through the authority table for the given permission (see Keys, accounts, and permissions. The actual FIO Private key used for signing is obtained by querying the wallet on the client where the application is run. 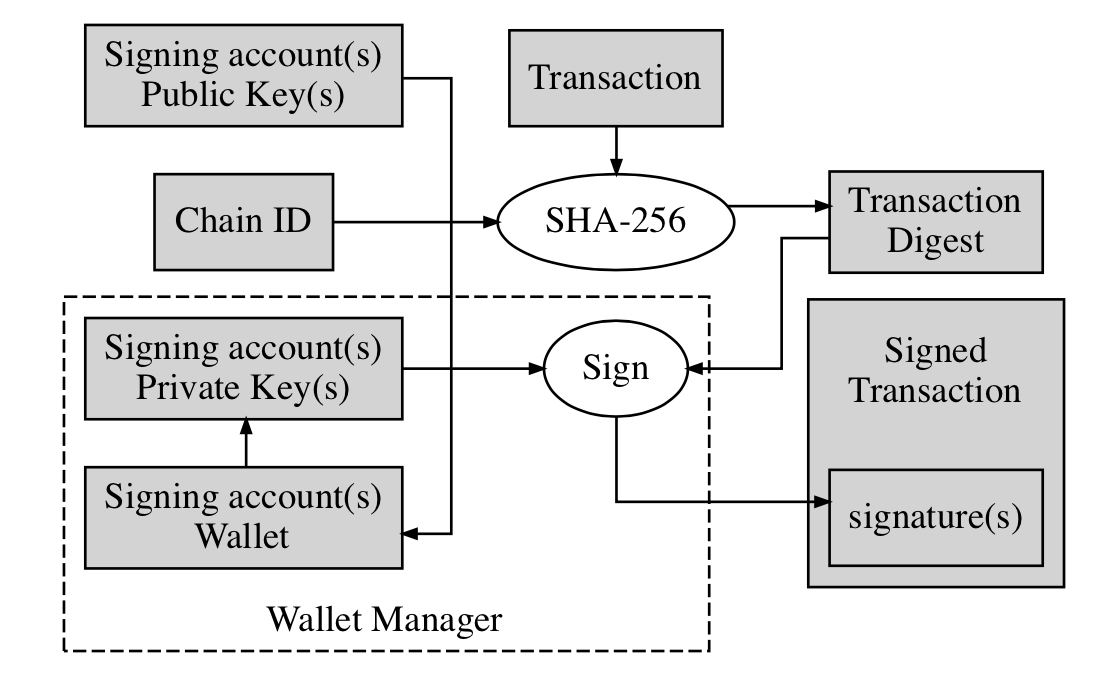 After the transaction digest is computed, the digest is finally signed with the private key associated with the signing account’s public key. The public-private key pair is usually stored within the local machine that connects to the local node. The signing process is performed within the wallet manager associated with the signing account, which is typically the same user that deploys the application. The wallet manager provides a virtual secure enclave to perform the digital signing, so a message signature is generated without the private key ever leaving the wallet. After the signature is generated, it is finally added to the signed transaction instance.

The process to verify a transaction is twofold. First, the public keys associated with the accounts that signed the transaction are recovered from the set of signatures provided in the transaction. Such a recovery is cryptographically possible for ECDSA, the elliptic curve digital signature algorithm used in EOSIO. Second, the public key of each actor specified in the list of action authorizations (actor:permission) from each action included in the transaction is checked against the set of recovered keys to see if it is satisfied. Third, each satisfied actor:permission is checked against the associated minimum permission required for that actor:contract::action pair to see if it meets or exceeds that minimum. This last check is performed at the action level before any action is executed.