Anybody can register to be a block producer (BP) and produce blocks if they receive enough votes. The top 21 active BPs and up to 21 stand-by BPs will be paid - the pool of the 42 total BPs are determine by number of vote.

At the start of every round, the 21 block producers with the highest number of votes are selected to produce the blocks of the next round. The selected producers are scheduled in order of geographic location to ensure high performance and prevent regional centralization.

Start with setting up a Testnet node and join Testnet Telegram Channel.

The FIO platform is comprised of two networks: 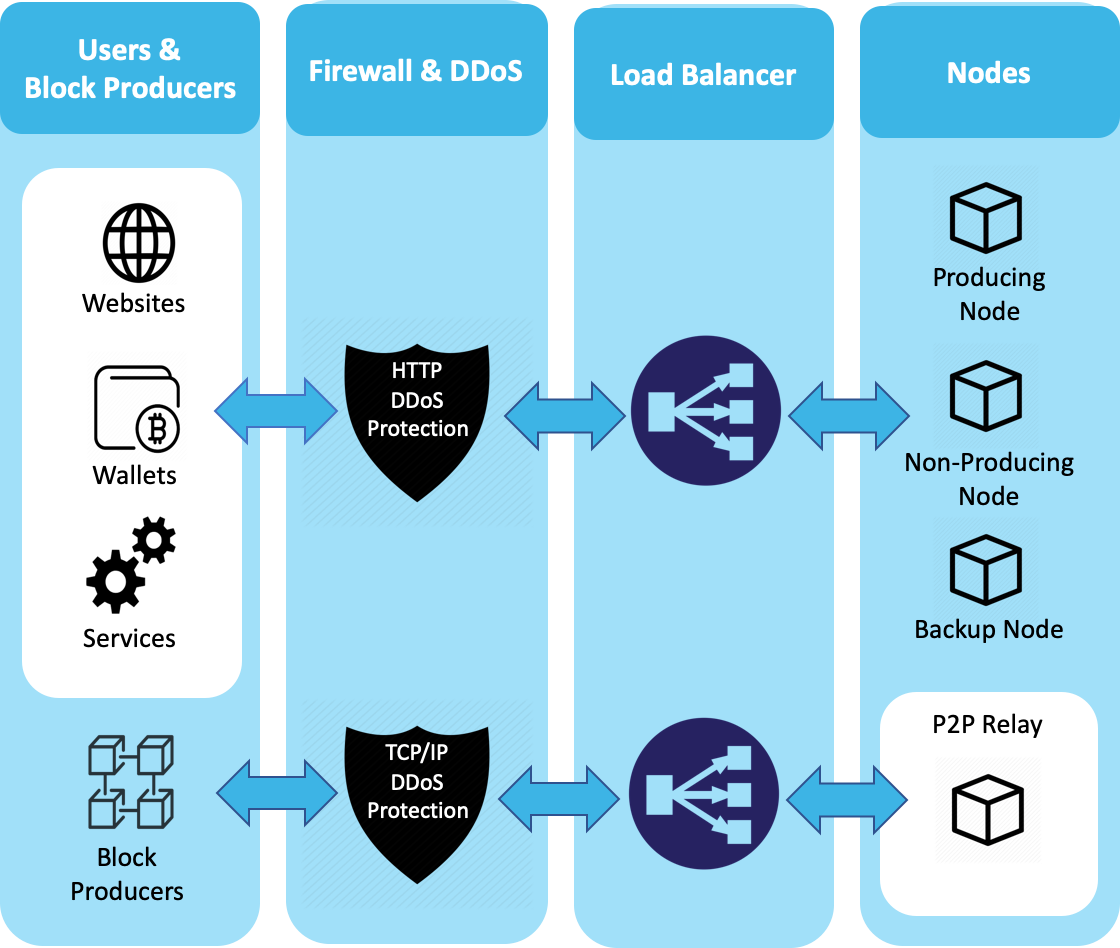 The following table outlines recommended hardware for producing and non-producing nodes based on initial 12 month transaction projections of:

This transaction volume would result in:

All projected numbers are rough approximations and do not account for post-Mainnet RAM optimization improvements that are currently on the development roadmap. These will reduce or eliminate the amount of RAM required by some Transactions.